A typical Slow TV program shows an event in its natural pace of progressing – in its entirety, without cuts. Probably the most well known Slow TV program is a Norwegian film showing the full 7-hour journey of a moving train.

Lapin lumo is a kind of pre-phase of Slow TV: the episodes are shorter than their hours-long paragons, and the material has been edited and also complemented with more camera angles – such as relaxing aerial views.

“Lapin lumo is about moving in nature, the endless beauty of Lapland and nature as a meditative place. One of the most important aspects of Slow TV is to bring the calming effect of nature to the spectators’ reach”, says producer Tuomas Kytömäki and continues:

“We’re used to watching TV as plot-centered or as a source of information. Slow TV brings forth a new kind of dimension, both from the TV programme and the viewer: a natural state of being. In nature, everything happens in its natural pace and moments simply flow onward from one day to another. It is fascinating to follow the cycles of nature, and sometimes when we were filming it felt as if Mother Nature was encouraging us, too, to slow our pace down and adapt to the atmosphere of the fells.”

“We want our channel’s followers to have access to new kind of relaxing content that helps in taking a conscious pause from our everyday rush. If you can’t go out into nature, you can enjoy the calming effect of nature at home”, says Sanna Wikström, editor-in-chief of the wellbeing channel hidastaelamaa.fi.

The series comprises of 8 episodes, taking us to different parts of Lapland, for instance to Kilpisjärvi and Saariselkä. The episodes take place in three seasons: summer, the autumn colours season known in Finnish as ruska, and winter. The spectators have the chance to observe the beauty of Lapland while nature transitions from one season and shade to another.

The episodes are broadcast online at hidastaelamaa.fi; a new episode is released every second Thursday. The first episode premiered on 22nd October 2015.

Main partner: Lapland Hotels
Lapland Hotels is the largest and the most diverse hotel chain in Lapland, with 15 hotels and dozens of different restaurants in nine destinations in Lapland – Ylläs, Levi, Saariselkä, Rovaniemi, Olos, Luosto, Kilpisjärvi, Pallas and Hetta. In addition, the chain owns two new city hotels in Tampere and Oulu. Lapland Hotels also has four ski resorts and is a co-owner of Lapland Safaris, an authorized DMC, tour operator and an outdoor activity service company. The roots of Lapland Hotels are deep in the history of Lapland tourism: the oldest hotel of the chain, Lapland Hotel Pallas, was founded already in 1938. 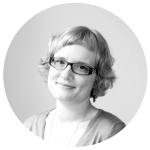